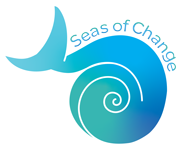 We are very excited to announce our official partnership with Seas of Change, Australia!

Seas of Change was founded in 2014 by Steph Evans when she was 10 years old. It was originally named ‘Save the Dugongs’ and started by running fundraisers to buy equipment for Dr Janet Lanyon’s dugong research trips, with the prizes donated by SeaWorld Australia.

Once Steph entered high school, she began to expand her team with the additions of Mel, Thilara and Gloria. Together, they rebranded to Seas of Change, with a focus on raising funds and awareness for dugongs, sea turtles, plastic pollution and climate change. They also have an emphasis on the power of youth to make a tangible change, now running programs within schools and at events to educate students on a variety of environmental issues, inspire them to take action and provide them with mentoring opportunities to ensure their action plan is successful. They also run fundraisers and support other organisations in their work.

Over the past 6 years, Steph has had several, incredible experiences within the environmental space. She has attended the dugong health checks with Dr Janet Lanyon from the University of Queensland, received a scholarship to attend the Ocean Heroes Boot Camp in Vancouver, Canada and been a squad leader the following year, spoken at her local council meeting in support of the Climate Emergency Declaration, been a mentor for the Ervis Foundation “Blue Circle” project, and has been an Ocean Youth Ambassador since 2017 where she volunteers at Sydney SeaLife Aquarium, helps to facilitate Ocean Youth workshops and run other youth events at the aquarium. Steph was also recently named the 2021 Northern Beaches Young Citizen of the Year at the Australia Day Awards.

Currently, Seas of Change is working on a project called “OceanViews” where they conduct interviews with young conservationists which are shared online to inspire others to follow in their footsteps. After graduating high school at the end of 2021, the team aims to expand its focus to other endangered marine life and be able to run more fundraisers and events after COVID-19 restrictions are lifted.

We are so excited to partner officially with Steph and the Seas of Change after working together last year. We look forward to everything we can achieve together in the future!

THE BETTER INDIA: #ChildrenForThePlanet: 12-YO Pune Boy’s Innovation Can Rid Our Oceans of Plastic

Excerpt from an Expert I Dr. Ash Pachauri