THE BETTER INDIA: #ChildrenForThePlanet: 12-YO Pune Boy’s Innovation Can Rid Our Oceans of Plastic 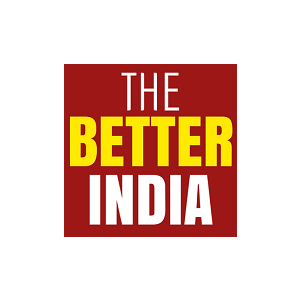 Ervis, Kazi’s first ever innovation, is a prototype ocean cleaner ship that can suck out plastic from the surface of the ocean.

“There are two kinds of people in the world. The ones who create problems and the ones who solve them. I want to be in the latter category.”

With these wise words, Haaziq Kazi unfurled his TED-Ed clubs talk earlier this year. By the way, these lines are an interesting spin on the iconic dialogue from the cult classic, The Good, The Bad and The Ugly. All of 12, Kazi isn’t like every other school-going adolescent – he is on a dedicated mission to save the planet. In fact, he has already come up with a unique idea for an invention that, if implemented, will give our aquatic and oceanic ecosystems a new lease of life.
A student of Pune-based Indus International School, Kazi had, since a young age nursed a deep affinity for marine creatures. However, one particular incident horrified the little boy so much that he realized it was time to act upon our inconsiderate actions towards the environment before it was too late.

“On July 2013, a young whale had hit upon the shores of northern Netherlands. The people were very surprised to find an unusually bloated stomach. When they opened it upp, they found among many other things, two hose pipes, [a] 9-metre rope and 37 pounds of plastic. Its cause of death: intestinal blockage,” he said during the session.

What have him the opportunity to speak at the prestigious global platform?
To begin with, his resilient efforts for conceiving a foolproof plan to rid the oceans of all the plastic waste that has accumulated over decades of indiscriminate littering.

ERVIS, Kazi’s first every innovation, is a prototype ocean cleaner ship that can suck out plastic from the surface of the ocean. Imagine something like an enormous vaccum cleaner with compartments that can process waste, collect waste oil and treat different sized of plastic by analyzing and segregating it!

While the first prototype lasted for about seven seconds before coming apart in his bathtub, Kazi was not one to give up and has come a long way since then. After much research and repeated testing, the 12-year-old worked with a 3D designer to come up with the optimal design and transformed that into a tangible model. Without stopping at just collecting the waste, he is also looking into ways for waste management.

The young innovator is currently working on the logistics of the waste disposal after he has successfully managed to collect it. Also, he is amongst the list of speakers who will be speaking at the TEDxGateway talk in December.

Environmental Feminism an essay on being a woman amidst the climate crisis by abiya Syed, Grade 8A