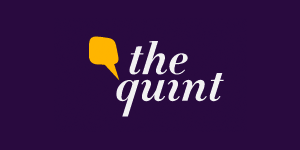 Haaziq Kazi, a 12-year-old student of Pune’s Indus International School has designed a ship that can clean up the world’s oceans and get rid of the plastic that pollutes the waters.

ERVIS, is a futuristic ship with saucers attached that can clean waste matter floating on the ocean surface, analyse the waste collected, and stop waste at source, prevent it from getting disposed by ships, Indiatimes reported. Kazi told Indiatimes that while he was washing his hands one day, he observed how the water flows from the sink hole and that is when it struck him that a similar mechanism could be used to clean the oceans. Haaziq then worked with scientists and 3D designers to come up with a more concrete model of the ERVIS.

The Functioning of ERVIS

According to Kazi, ERVIS is a large ship fuelled by hydrogen and renewable natural gas with various compartments and saucers surrounding it. The saucers create a whirlpool to pull the waste towards the centre and with the help of a central outlet, the waste is sucked into tubes that lead to different chambers in the ship. Similar mechanism can be used to suck oil floating on the ocean. There are four such chambers for large, medium, small & micro waste respectively.

“Imagine, Ervis to be a gigantic vacuum cleaner with many cleaning tubes attached to many dust bags. Once the waste enters the chambers, Ervis analyses, segregates and compacts it, and pumps the filtered water back into the ocean, without harming any marine life in the process,” Kazi told Indiatimes.

“I believe ignorance is the biggest threat to our planet today. We live in a world where every single one of us is contributing towards the detriment of the planet. I feel if we are conscious and juidicious in the choices we make, the earth will be a much better place for all of us to stay in and when I say all of us I don’t mean just humans but animals, plants, water, air, the ecosystem which makes the wonderful planet we stay in,” Kazi told Indiatimes.

Calling Elon Musk his inspiration, Kazi shared something his father once told him.

“My advice for wannabe innovators is to be in the latter category, and believe they have what it takes to solve the biggest of the problems which are out there,” he added.