SUNDAY GUARDIAN LIVE: This 12-year-old’s school project offers a blueprint for cleaning up the oceans 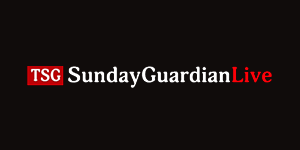 The plight of marine life and the deleterious effects of ocean dumping are among the big issues that the 12-year-old Haaziq Kazi has thought very seriously about. He has even come up with an innovative solution for these problems.

ERVIS, a design for a special kind of ship that can vacuum the waste out from the ocean surface, was made by Kazi for his school project. He will also be speaking about his idea at the #TEDxGateway event, being hosted in Mumbai on 2 December.

The Pune boy spoke to Guardian 20 about the design and the inspiration behind it.

“It started as a project in school when we were asked to talk about the things we care about. Ocean pollution is a massive challenge and the impact it has on life is appalling. It made me feel that I have to do something, so I decided that I want to clean this mess. Hence, I came up with the idea of the ship, ERVIS, which will clean the oceans,” Haaziq said.

The 7th grader from Pune’s Indus International School also informed us about the basics of his design. He said,

“The ship is essentially a large boat with saucers and compartments. The saucers float and rotate on the surface of the ocean to pull the waste outside. The ship also has multiple compartments to store the waste. Once the waste is collected, ERVIS segregates it depending on the type of waste it collects.”

The model ship also has an oil chamber for collecting waste oil. Once the waste is collected and analysed, it would be sent for recycling. ERVIS would be an environment-friendly ship and would rely on renewable energy sources to perform its functions. The use of clean energy is crucial to this project. Haaziq said,

“While doing research on ERVIS I was very cautious that I didn’t want it to add to the ocean waste problem, as one of the biggest contributors to ocean waste are the maritime ships which are out there. So I decided to make ERVIS environment friendly: it uses renewable energy sources like solar, hydrogen and renewable natural gas. I also wanted ERVIS to be fully autonomous, like Tesla, and have very high operational efficiency.”

In addition to vacuum cleaning ocean waste, the ship would also collect important information about the chemical composition of the collected waste. “When I was doing research, I found there is not enough data about the waste problem, and I wanted ERVIS not only to collect and clean the waste but also understand more about it. So I designed ERVIS to have intelligent sensors to do analytics on the waste. By analyzing, cleaning and proactively preventing the waste problem, I feel ERVIS will help us not only reverse the current hazard but it will also aid in developing a better understanding of the problem and its solutions,” Haaziq said.

He also talked about the research process and the support he received from the world over for his project. “I was fortunate enough to be connected with and helped by a wide variety of people around the world. Among them were scientists, inventors, peers and people who were passionate about the cause and helped me with my research. My parents also helped me prepare. And then there was the Internet. It is interesting to see how much is out there about this problem and what different people are doing about it. There are organizations that are focused on creating awareness. There are people who have done research theses just to find out the magnitude of the waste problem. And there are people who are dedicated to finding innovative ways of finding solutions. All of it was extremely helpful in connecting the dots and helped me come up with my talk based on it.”

But marine pollution is not a subject that is easy to understand. What was it that helped him grasp the magnitude of this crisis at such a young age? He answered,

“The amount of waste, which is just a part of the pollution in the water, is approximately 5 trillion pieces. To help visualize, think about taking all the plastic and lining it up. Do you know how far a distance it would go? It would be enough to cover the distance from here to the moon and back, twice! And it’s not just lying there, it is impacting marine life. I have seen horrifying and heart-rending pictures and stories and videos of animals who starved to death because they fed on plastic and were unable to get it out of their stomach. I have seen animals getting tangled in waste and hurting themselves.”

Some of these points will be mentioned at Haaziq’s Mumbai Ted Talk on Sunday. One thing remains clear, his precocious mind and his scientific temperament only add to his sense of social responsibility. Apart from his passion for saving the environment, Haaziq also feels strongly for the less fortunate in our society. He now wants to crowdfund a library for underprivileged children.